Athlete and woman : Struggles and risks. "Boxing in publick at the Bear Garden is what hath lately obtained very much amongst the men, but till last week we never heard of women being engaged that way, when two of the feminine fender appeared for the first time on the theatre of War at Hockley in the Hole, and maintained the battle with great valour for a long time, to the no small satisfaction of the spectators."

Women have been hitting the gym more and more over the past 30 years, but even more the over the pass 10 years. I started training 20 years ago and every years I am amazed by the amount of women coming to try combat sports. While there is still an inherent sexism going on in combat sports (that needs to stop), there is also women who are accepted in the sport … and so are treated like men.

When I was a young teenager and training kickboxing I was always annoyed by the amount of people asking me how strong I was to deal with bigger and stronger men. Also I was mad at most men in the gym for treating me differently, because I am a woman and obviously men are stronger than us. I was a huge advocate of « men and women have the same capabilities and are created equal » but I was missing something : we do not have the same body. We are not men and will never be.

While I do not know what a men body goes through during training, I know what my female body is going through.

Around my 18th birthday I decided that oral contraceptive pills weren’t good for my health and that pills made me feel fat and depressed (which was probably not the problem at the time but whatever). Since that time my cycle was … random. Completely random. I could pass month without any menstruation and suddently be menstruated for a FULL month or more. It sucked.

Luckily, since over a year now … every month my body is going through … I let you guess 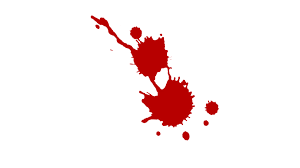 I was surprise to read that menstrual dysfunction (such as infrequent or lack of menstruation) were not incommun in women athlete. Young athlete with low body weight may have a delayed menarche (first menstruation), breast development and bone developpement (peak bone mass may not be attain and lead to osteopenia, scoliosis, osteoporosis or higher risk of injuries) [3]. 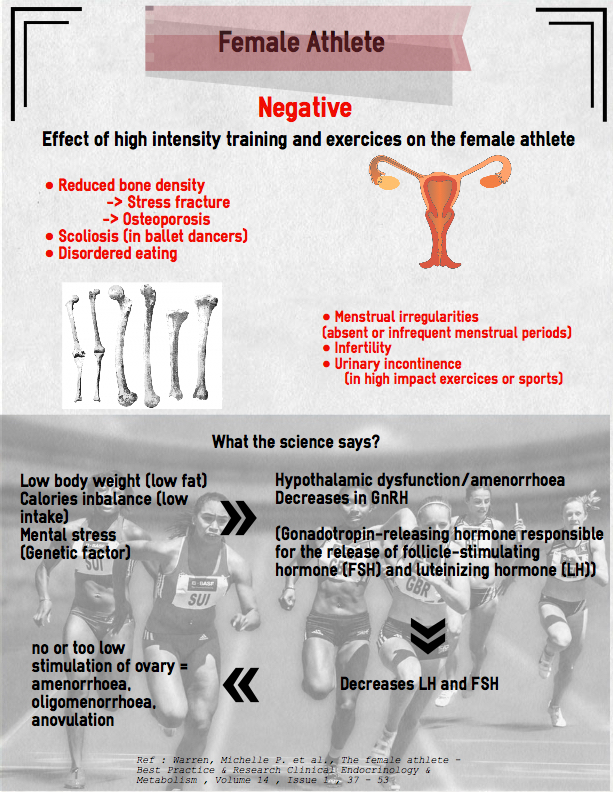 The fact that we are «exposed to a constantly shifting kaleidoscope of endogenous sex steroid hormones » [2] together with substantial interand intraindividual variability between us…. there is no conclusive scientific evidence that menstrual cycle impact physical and mental performance in sports. Let me tell you something : it does have an impact. And though admitting this has been tough for me, I’m now happy to be the best version of myself and not the best version (I will never be) of the entire world.It is known that estrogen and progesterone, can influence ventilation, substrate metabolism, and thermoregulation during exercise [5]. Reproductive hormones level between men and women being different, they lead to physiological difference between men and women. And … there is also differences between women athletes taking or not oral contraceptive.Elite women athletes where found to have lower testosterone (T) and cortisol (C) levels all the time (pre, during, and post competition or training) when using oral contraceptive (OC), see Figures from Crewther et al. (2015). Even if changes in theses levels are comparable in both groups [1]. As Crewther et al. (2015) wrote « In terms of practical applications, a reduction in T availability with OC usage could possibly influence explosive performance [6], perceived playing abilities [17], and voluntary training loads [10]. 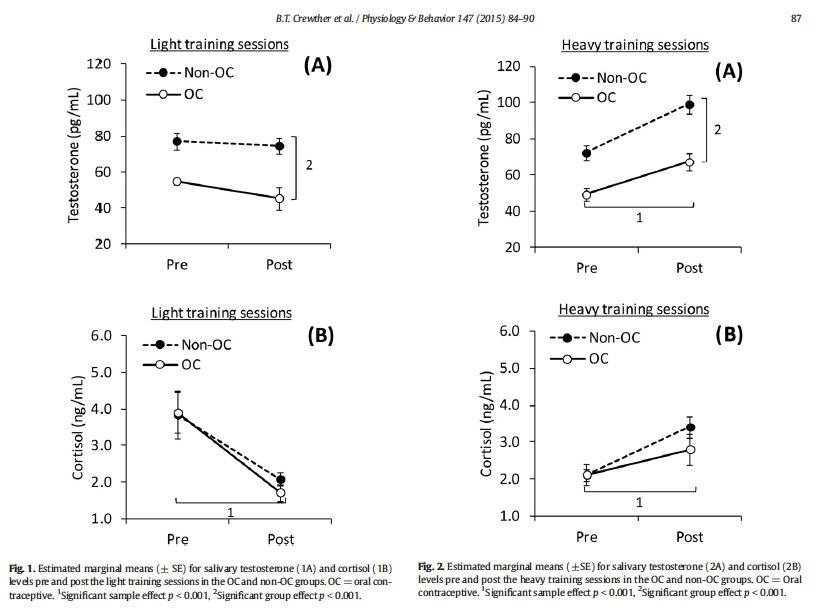 Synthetic steroids used in contraception can also modify various metabolic processors (e.g. lipid and carbohydrate metabolism) [40] and thus, access to energy resources under training and competition stress. »Female athlete have better pulmonary capacity than sedendary women, they still «demonstrate greater expiratory flow limitation, an increased work of breathing, and perhaps greater exercise induced arterial hypoxemia compared to men »due to the influence of the reproductive hormones. [7]Women in sports can suffer from painful stress on the fascial attachments to the pectoralis muscle, breast displament or trauma. [4]

We all know as athlele that peak performance is linked to mental and physical capacities, training and functions.Women and men may be likely to have different responses to physical (and also psychological) stress during training or competition, therefore influencing their performances.